Extremely versatile to eat and available nearly anywhere in the world, carrots have been around for centuries. Historians believe that carrots were cultivated by the Ancient Greeks and Romans, as they were mentioned by Pliny the Elder and prized by Emperor Tiberius. Colors of carrots first ranged from black, pink, red, yellow and white before the more common orange hue emerged, reportedly just after the fifth century.   In today’s kitchens you’ll find carrots in everything, from healthy vegetable soups to salads. They can also be juiced and sliced into sticks for raw snacking. Carrots can be sliced, grated, julienned, sautéed, puréed, and baked as chips – and you’ve only just started! When kids ask if it’s true that carrots are good for their eyes, you can answer in the affirmative, because carrots are very high in vitamin A, an essential nutrient for good vision. In fact, carrots are loaded with beta carotene and are subsequently converted into vitamin A in your liver. Because beta-carotenes can’t be manufactured in the body, they must be obtained from your diet.

A 2011 study1 found overwhelming evidence that the bioactive chemicals in carrot juice extracts may play a role in treating certain cancers, including leukemia, due to the beta carotene and polyacetylene antioxidants found in the vegetable. The study found that when myeloid and lymphoid leukemia cell lines were treated, cancer-causing cell growth was inhibited. Carrots also are mentioned specifically in a list of foods responsible for lowering the risk of bladder cancer in a study at San Diego Medical Center

It’s no coincidence that “carotene” sounds like “carrot.” The word was devised in the early 19th century by a German scientist after he crystallized the carotene compound from carrot roots.

Known for ultraviolet radiation protection, carrots are also noted for the role they play in heart disease and stroke prevention, as a poultice to prevent infection in cuts and scrapes, for maintaining youthful skin, and for colon cleansing and toxin flushing. Carrot crunchers also get the benefits of potassium, vitamins C and B6, copper, folic acid, thiamine, and magnesium.

Keep up to date with our recent news and interests stories as we embark in the world of fine dining and catering. Here you can see what we're up to, learn interesting facts, and find new ways to flavour your next event! 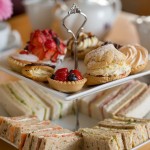 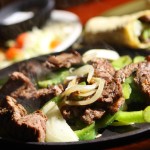 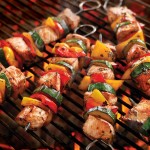 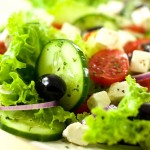